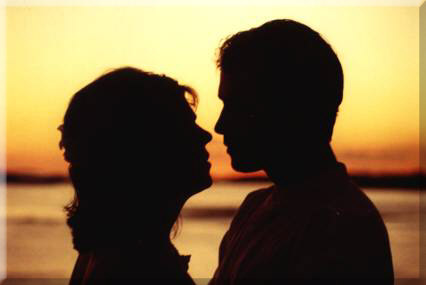 I've complained about romance novels before, so today I thought I'd backpedal a little.

I'll start by picking on another genre and mentioning something that drives me crazy about mysteries. I love mysteries, especially clever ones that I have a hard time figuring out then have this big, wonderful "click" moment at the end where it all falls into place and I see how it was set up from page 1. But I hate it when someone dies in a book and everyone around them gasps, then either goes on like it's no big deal or treats it as a purely intellectual puzzle. In my experience, most people - and communities - are emotionally stricken by such events, and the residual effects don't wear off in a day or two.

Back to romance. I've already clarified that I don't hate all romance novels, though there are common genre tropes that annoy and frustrate me. Now I'll go a step further.

In a romance novel, the main story arc is usually . . . the romance. You know, the guy and the girl getting together. I am resistant to any story when I feel like I know how it ends. I didn't see Titanic until it had been on DVD for a couple of years, and then only under duress. (I liked it OK, but didn't wish I'd made it to the theater.) I went to see Apollo 13 at my husband's request and enjoyed it very much, though I was reluctant to see it because it was a true story and I knew how it turned out. And I get annoyed when shows give away too much in the previews, so I spend the whole episode waiting for a scene that turns out to be a big deal at the end. (Looking at you, season finale of Private Practice!)

I'm also resistant to seeing musicals, though I might enjoy them when I finally concede. I still haven't seen Chicago or Moulin Rouge, which I understand is akin to blasphemy.

What about you? What drives you crazy in fiction - be it written, acted, or sung? And what blind prejudices do you have?

The Eroticization of Equality and Social Justice (Hillary Retig)

This article is a very interesting read, but I'm not sure I am seduced by the premise. (joke credit: Retig)

2) "[R]omance itself is a fundamentally progressive activity."
Not necessarily. For example, there are genre publishers, imprints, etc. that commonly require women to be like X and men to by like Y (e.g. "alpha"). In other words, romance fiction might very well codify and reinforce tired gender stereotypes.

3) I'm also not convinced that the idea of progressiveness = love for humankind is best exemplified by romance fiction, in which one character is seemingly destined for one other character, usually to the exclusion of all others. It's very individually focused and not typically spun outwards into a community experience.

4) "it's also commonly acknowledged in the field that if you were ever to meet one of those Byronic alpha-male romance heroes in real life, he would likely be a real jerk."
I'm not so quick to excuse perpetuating the romanticization of this type of character. In fact, doing so consciously might be worse.

5) "egalitarian partnerships tend to be the happiest, but also tend to lack sexual spark."
Huh.

But the article is very smart and thought-provoking, and I loved chunks of it. For example:

"More and more, romance fiction is incorporating the ideals and values of progressivism, not just by becoming more diverse in its characterizations and relationship constructions, but by replacing a one-up, competitive model of power, in which I derive my power from your relative weakness, with a between-equals, cooperative model in which power is shared and distributed to the benefit of all. The more it does this, the closer it will come to providing models of ecstatic, loving, romantic, sexual relationships that work in real life - a huge public benefit and radical act."

Why do I spend so much time writing and thinking about romance novels? Because of statistics like this:

"More than a quarter of all books sold in the U.S. are romance fiction, and more than 64 million Americans read at least one romance novel each year (source: Romance Writers of America, RWA). Romance fiction is an enormous part of American culture, and an important transmitter of values."

Romance fiction is obviously hugely popular, and I think it only makes sense to pay attention to something so influential.
Posted by Sarahlynn at 8:59 PM