This week provided mixed results on the morning writing front, so I plan to continue the experiment into next week. On the positive side, I got up early and got real work done while my brain was fresh . . . and I have a few thousand new words to show for it! On the negative side, once Lizzi the pug decides she needs to go out and the girls get up (usually between 6 and 6:30) it's a little distracting. I think it's workable, but it's not simple. Also, I only got two days in this week; Thursday was a flop.

Wednesday was Paul's birthday, and he spent it in an all-day, off-site meeting. Among other things I did for his birthday this year (not my most creative year ever, remember last year's enormous surprise party complete with clown?) I had a fresh box of Krispie Kremes for him to share at the meeting. When he did so, one of his management colleagues jokingly asked, "What's this, #30? Hah hah hah," like we were ever so young, elbow elbow.

Paul, who was celebrating the big 3-1, replied, "No, that was a little while ago. Hah hah hah," implying that he too was well past 40.

And therein lies the difference between men and women, folks. I might have said, "Nope, this is the second anniversary of my 29th birthday!" If I were Paul's age. Which I was. 3 years ago.

But what can you expect in a world where male actors are frequently at least 15 years older than their female costars and women are old at 30? (Is anyone else watching Lost this season? It's renewed my interest in the series.) And not to get too sidetracked, but why are people acting shocked and horrified at 15-year-old Mylie Cyrus's nude photographs for Vanity Fair (Gasp! Exploitation of a child!) but when Britney made that nasty schoolgirl video as a teen, it was A-OK. Feh. We sexualize very young girls, and then critique them for selling what we're buying. FTR, I don't think it's cool to publicize photographs of a minor that are clearly so adult and sensual - e.g. wearing only a sheet, with windblown hair and bright red lips, etc. Have I mentioned that when Ellie was 2 I started buying little boy shorts for her because the little girl shorts were so short they showed her diaper? It's never too early to start sexualizing our little girls. Note that mine wear board shorts and rash guards to the pool.

Wait. Wasn't this post supposed to be about writing? Back to that, then.

I'd like to be able to share the subscriptions to agent, editor, and writing blogs in my Google Reader without adding them as a separate blogroll here. It's not as easy as I'd hoped, unfortunately. I haven't even figured out how to "share" a whole feed rather than just an individual post. If any fellow Google Reader users have any tips, I'd love to hear them!

Next question: My local writing group has fizzled (a couple of writers lost interest, a couple more are in demanding MFA programs) and I'm looking for more critical feedback on my work so I'm exploring online writing workshops. Do any of you have experience with one of these? I know that OWW is great, but I'm not currently writing SFF and am looking for something more general. E.g. Gotham. So: any stories to share? Or gossip about the relative merits of various programs?

Final question: Is anyone else planning to attend the Heartland Writer's Conference this year? I'm still tossing the idea around.
Posted by Sarahlynn at 12:34 AM 5 comments:

I can't blog tonight, because I'm supposed to be sleeping. Tomorrow begins my first attempt at getting up to write early in the morning. I haven't tried this before because my girls also get up early - sometimes as early as 5, never as late as 7 - which puts an early morning exclusive parenting burden on Paul. He's willing to try shouldering it a few mornings a week, so we're off on the experiment.

Now I just need to get some sleep so that I have at least a solid 4 hours before tomorrow. Snore. (And I think Paul will soon be regretting the fact that he's not in bed yet, either.)

In the meantime, I'd still love to hear what you think about fanfic (below) so I'm using this opportunity to introduce my first blogger quiz. Happy Monday!

I read an interesting discussion of fan fiction on Alas, and have been pondering my response ever since, especially given the Mariam Zimmer Bradley thing and then this agent post on copyright infringement and this discussion of the difference between fanfic and profic.

Really good article about it (read: slant I primarily agree with).

Obviously the MZB example is an extreme one. But I can't imagine losing years of my own hard work, let alone the time and anguish accompanying being sued and virtually attacked.

An excerpt from a letter to the editor of Writer's Digest, March 1993, by Marion Zimmer Bradley:

". . .While in the past I have allowed fans to 'play in my yard,' I was forced to stop that practice last summer when one of the fans wrote a story, using my world and my characters, that overlapped the setting I was using for my next _Darkover_ novel. Since she had sent me a copy of her fanzine, and I had read it, my publisher will not publish my novel set during that time period, and I am now out several years' work, as well as the cost of inconvenience of having a lawyer deal with this matter.
"Because this occurred just as I was starting to read for this year's _Darkover_ anthology, that project was held up for more than a month while the lawyer drafted a release to accompany any submissions and a new contract, incorporating the release. I do not know at present if I shall be doing any more _Darkover_ anthologies.
"Let this be a warning to other authors who might be tempted to be similarly generous with their universes, I know now why Arthur Conan Doyle refused to allow anyone to write about Sherlock Holmes. I wanted to be more accomodating, but I don't like where it has gotten me. It's enough to make anyone into a misanthrope."

On one hand, sure it's flattering that others are so excited by the world you've created that they want to keep living in it. Imitation is the highest form of flattery and all that.

But have you read any of it? It's never worked for me, because it just doesn't feel real. Even the stuff that's not atrociously written (and, let's face it, a lot of fanfic on the net is really really horrible) doesn't ever have the same feel as original stories created by the author. And, seriously, I don't care how hot the story is, Harry and Snape were just never going to get it on. What? You've never read slash?)

After kicking this idea around for a while and not making much progress with it, this is where I think I come down on the issue:

Ideas are not copyrightable. It's dangerous for fans (or anyone else) to be able to claim that an author "stole" an idea for one of her novels, because writers get ideas from all over the place: what we read, what we listen to, our families, our lives. Two people could take the exact same incident and write very different stories about it. (Heck, one author could take an incident and write very different stories about it.) It's the writing that's protected, not the antecedent.

However, when an author creates characters and a world, they are hers. Without express permission of the original author, I'm not terribly comfortable with the idea of others making money off an author's creations. This one's sticky for me.

It's not an issue that's likely to impact me personally, but I guess I won't know how I'll really feel about it until I find myself in that situation.

How do you feel about it? Feel free to try to convince me that I'm wrong-headed.
Posted by Sarahlynn at 10:36 PM 3 comments:

Sorry for the unexplained absence; we just got back from our delayed vacation visiting Paul's parents in Wyoming. We had a lovely time. I'll probably write about that, and about the cute new things the girls are doing, and about the step sheet I'm working on.

But, tonight, I want to tell you that I've had a story published. Yay! It happened really fast. I submitted the story a few weeks ago, got an email yesterday that it was accepted, and saw it posted online today. Yippee! 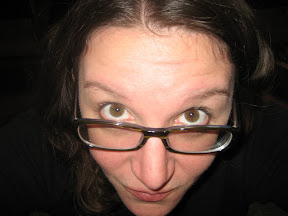